You are here: Home1 / Non classé

As part of the RCSR project, the USMB Faculty of Law was represented by Vincent Rivolier at the symposium “The “private” law’s response to accident, illness and disability”.

New Zealand has had a unique no-fault accident compensation scheme since the 1970s. It has been a reference point in the legal literature, but no other country has adopted a similar universal approach, though there are instances of no-fault liability schemes that avoid private redress and within the private law strict liability has been invoked in
some areas. The objectives of conference are to:

The paper will focus on compensation of accidents, illnesses and disabilities caused by a medical intervention (private practitioners, public and private hospitals) in the French legal system. The French current system mixes fault based and strict liabilities (with a compulsory insurance) and no-fault compensation system (by a state agency “ONIAM”). When a patient claims compensation from medical professionals, hospitals, their insurers or ONIAM, out-of-court settlements are promoted through regional “Conciliation and Compensation Commissions”. ONIAM’s intervention is subsidiary. It compensates damages when no fault can be identified (no-fault scheme) or when a fault can be identified but no agreement can be reached between the victim and the insurer (in such case, ONIAM is subrogated against the insurer). So the compensation’s funding mixes a private origin (insurance premiums by medical professionals) and general taxation (through no-fault compensation by ONIAM, or through some financial support to medical professionals when they could not find an affordable insurance).

This equilibrium was found in 2002 (2 March 2002 Act and 30 December 2002 Act). It addresses two concerns of that period. The first one was the development of litigations against medical professionals, and the extension, through judge-made law, of strict liability cases (notably in case of nosocomial infections). The second one, partly caused by the first, was an “insurance crisis”. Many companies withdrew from the medical insurance market, and insurance premiums increased to such extent that they became unaffordable for some specialists. 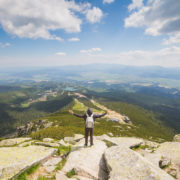 This event is the kick-off conference of the EU ALCOTRA project and it is intended to put together scientists coming from different fields such as economics, marketing and law. 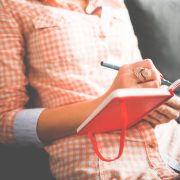 Please find below some important dates related to Semester 3 of Master 2 EIBL in Chambéry.